Where Business, Tech and Innovation Collide in Sydney!

TECHSPO Sydney 2021 is a two day technology expo taking place August 25th to 26th, 2021 at the luxurious ANZ Stadium in Sydney, Ontario. TECHSPO Sydney brings together developers, brands, marketers, technology providers, designers, innovators and evangelists looking to set the pace in our advanced world of technology. Exhibitors showcase the next generation of technology & innovation, including; Internet, Mobile, Adtech, Martech and SaaS technologies. Be prepared to be inspired, amazed and educated on how these evolving technologies will impact your business for the better.

As part of TECHSPO Sydney is a limited attendance event, DigiMarCon Canada 2021 Digital Marketing Conference (https://digimarconcanada.ca). If the conference is where the learning, theory and inspiration happens, then the TECHSPO floor is where the testing, networking and product interaction takes place.

The TECHSPO floor is free to attend (for a limited time)! Register today! For more details visit techsposydney.com. 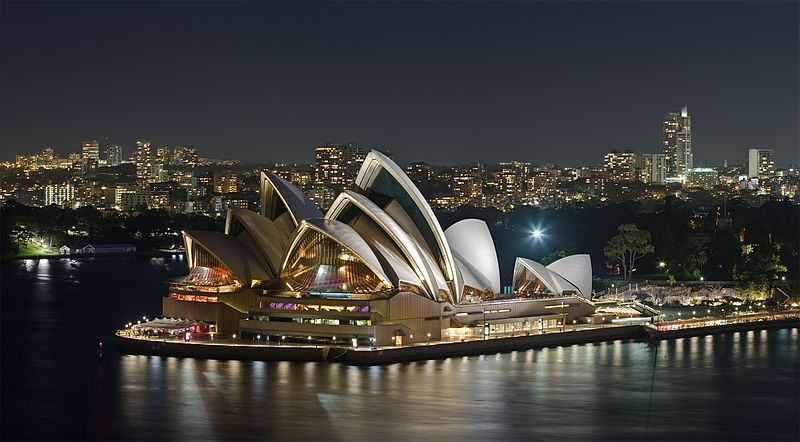 The cultural life of Sydney, Australia is dynamic, diverse and multicultural. Many of the individual cultures that make up the Sydney mosaic are centred on the cultural, artistic, ethnic, linguistic and religious communities formed by waves of immigration. Sydney is a major global city with a vibrant scene of musical, theatrical, visual, literary and other artistic activity.

The Sydney Theatre Company shows a regular roster of Australian (by authors such as noted playwright David Williamson), classic, and international plays. Their productions occasionally incorporate the return to the live stage of famous Australian screen actors such as Cate Blanchett, Hugo Weaving, Geoffrey Rush etc. The Wharf Theatre, the Sydney Theatre, the Drama Theatre of the Opera House and the Belvoir St Theatre (the home of Company B) are some of the main live theatre venues. The Bell Shakespeare Company, directed by John Bell, specializes in Shakespearean drama, with forays into modern plays such as Heiner Müller’s ‘Titus Andronicus’.

From the 1940s to the 1970s the Sydney Push, an intellectual subculture of authors and activists questioning of authority, including Germaine Greer, was active.

The Sydney Dance Company under the leadership of Graeme Murphy has put on contemporary productions since the late 20th century. The Australian Ballet, whose headquarters are in Melbourne, performs regularly in Sydney.

O! Sydney I Love You was the winner of a song writing competition organized by The Sun newspaper. Emily Harris studio dance recorded the song in 1927. Sydney was recorded by Maurice Chenoweth around the same time. My City of Sydneywas performed by Tommy Leonetti on Channel 9 during the 1970s as the station shut down for the evening.

The Sydney Symphony is internationally renowned and regularly performs in the Concert Hall (2,600 seats) of the Sydney Opera House under Chief Conductor Vladimir Ashkenazy (until 2013) and, as of 2014, David Robertson. City Recital Hall is dedicated mainly to chamber music and chamber orchestra concerts, featuring many famous international artists as well as concert series by fine local groups such as the renowned Australian Chamber Orchestra and Sydney’s foremost Baroque orchestra, the Australian Brandenburg Orchestra.

Opera Australia, as at 2015 the world’s third-busiest opera company, has its headquarters in Sydney and performs a busy program of mainly classical and occasionally contemporary operas at the Opera Theatre of the Sydney Opera House.

New experimental and avant-garde music is performed by Ensemble Offspring, Halcyon, The Noise and others, at the recently refurbished Carriageworks and many small inner-city cafes, warehouses, theatres etc. Both Liquid Architecture and What Is Music are annual festivals of modern music and sound art.

Sydney is famous for its alternative rock scene, boasting such names as The Celibate Rifles, indie rockers The Clouds, The Vines and The Crystal Set, to electronic music pioneers Severed Heads, Single Gun Theory, The Lab, Itch-E and Scratch-E and local favourites Sneaky Sound System.and is the original home of the now national alternative rock festival the Big Day Out, which began in Sydney in 1992 featuring local bands such as You Am I and The Clouds and international groups like Nirvana.

Other notable bands from the Sydney music scene are Angelspit, Wolfmother, Thy Art Is Murder, and 5 Seconds of Summer.

Sydney has a prominent indie or lo-fi scene which features many rising, internationally touring bands such as Royal Headache, Circle Pit, Electric Flu, Raw Prawn, Bed Wettin’ Bad Boys and Dead Farmers. While not as widespread as Melbourne’s ‘scene’, Sydney tends to have a mass of tight-knit groups of bands that will tour together, most of which are on the same record label(s).

The interior of the Concert Hall at the Sydney Opera House

Sydney is Australia’s centre for commercial film and media. Many of the landmarks in Sydney have been referenced, shown and been the setting for countless films and television programs. Many films have been set in the city, including Finding Nemo, which was set in Port Jackson (Sydney Harbour). The city was used as downtown Angel Grove in 20th Century Fox’s Mighty Morphin Power Rangers: The Movie (1995). The Matrix was also filmed in Sydney.

The international Sydney Film Festival takes place each year in June at various venues in the CBD.

A large portion of Australia’s children’s entertainment originates in Sydney including highly successful musical groups The Wiggles and Hi-5 and television programs Play School, Bananas in Pyjamas, Saturday Disney, Skippy the Bush Kangaroo, Mr. Squiggle and many others.

Sydney has been home to many visual artists, from the lush pastoralism of Lloyd Rees depictions of Sydney Harbour to Jeffrey Smart’s portraits of bleak urban alienation, from the psychedelic visions of Brett Whiteley to a plethora of contemporary artists.

Sydney has a range of museums including those based on visual art such as the Museum of Contemporary Art, the Art Gallery of New South Wales, the White Rabbit Gallery, CarriageWorks, Artspace Sydney, the Brett Whiteley Studio; science and technology such as the Powerhouse Museum, Sydney Observatory, Sydney Tramway Museum, Australian National Maritime Museum and Australian Museum; and history such as the Museum of Sydney.

The Art Gallery of New South Wales (AGNSW), alongside major collections of Australian colonial and 20th-century art and some works by European masters, has the largest and most important collection of Aboriginal art anywhere in the world. The Archibald Prize for portraiture (Australia’s most prestigious art prize), the Sulman Prize for subject/genre painting and the Wynne Prize for landscape painting are awarded each year by the trustees of the AGNSW.

The Museum of Sydney

The Museum of Contemporary Art (MCA) at West Circular Quay is Australia’s foremost contemporary art museum, featuring a mixture of exhibitions from the museum’s permanent collection and visiting shows by major international artists. The Biennale of Sydney is an important festival dedicated to the contemporary visual arts, held bi-annually at the MCA and at various other venues around the city and often spilling into the streets. Another visual arts festival held at the MCA each spring is Primavera, a festival focusing on young, up-and-coming Australian artists.

A huge wrap-around mural by renowned American artist Sol LeWitt can be seen in the foyer of Australia Square Tower on the corner of George, Bond and Pitt Streets. Outside the tower, facing George Street, there is a large abstract steel sculpture by American sculptor Alexander Calder.

The entry to the Powerhouse Museum

There are many commercial galleries focusing mainly on cutting-edge contemporary art all around the inner city suburbs of Woollahra, Newtown, Surry Hills, Paddington, Darlinghurst, Camperdown etc.

Graffiti and street art thrive in Sydney. The Newtown, Surry Hills and Glebe areas in particular have many innovative examples of murals and other street art.

A recent addition is Art Month Sydney, a month-long festival of the visual arts held throughout March and the annual Art & About Sydney Festival.

The Sydney Writers’ Festival based in Walsh Bay, is held each year in May, featuring readings and discussions by Australian and international writers. An array of novels have used Sydney as a setting, notably Ruth Park’s The Harp in the South, which charts the slums of 1930s-40s Sydney, Christina Stead’s Seven Poor Men of Sydney which addresses a similar theme of life in the poor neighbourhoods, and Elizabeth Harrower’s Down in the City–set in a King’s Cross apartment in the late 1950s. More contemporary examples include Melina Marchetta’s Looking for Alibrandi, J. M. Coetzee’s Diary of a Bad Year, Peter Carey’s 30 Days in Sydney, Patrick White’s The Eye of the Storm and Kate Grenville’s The Secret River. Prolific writers from the city include Geraldine Brooks, Jackie French, Kathy Lette, Phillip Knightley and Richard Neville.

The largest library in Sydney is the State Library of New South Wales, which holds over 4.7 million items, including 2 million books. Most local government areas within Sydney have local libraries including the City of Sydney Library with eight local branches, the Bankstown City Library, the Max Webber Library in Blacktown and many others.

The observation deck of the Sydney Tower boasts views of the CBD and city surrounds.

A reported 21.1 million tourists visited Sydney in 2004. Many of the tourist attractions are scattered all over the city, the most famous and visited being the Sydney Opera House and the Sydney Harbour Bridge. Other attractions include the Royal Botanical Gardens, the Art Gallery of New South Wales, the Museum of Contemporary Art, White Rabbit Gallery and Sydney Tower.

Sydney’s nightlife has declined since the introduction of lockout laws, which call for 1.30am lockouts and 3am last drinks. Prior to the introduction of the laws, Kings Cross was known as the city’s red-light district. There are huge celebrations for New Year’s Eve and Australia Day in Sydney, including a fireworks display that features the Harbour Bridge.

Many festivals are held in Sydney, including the Sydney Festival, a celebration of partly free performances throughout January; Vivid Sydney, a festival of light and music held annually in May–June; the Gay and Lesbian Mardi Gras(see below); the annual Sydney Film Festival and many smaller festivals such as Tropfest.

There are also several music festivals including Big Day Out, Homebake, The Great Escape, and Stereosonic. 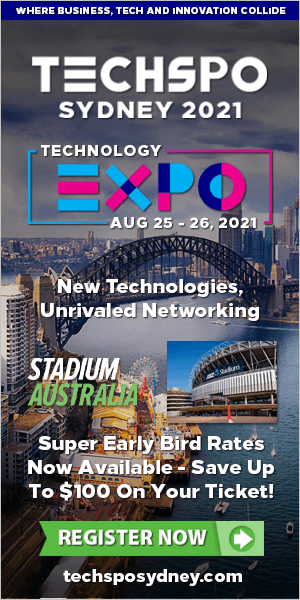 REGISTER NOW FOR YOUR PASS
To ensure attendees get the full benefit of an intimate expo,
we are only offering a limited number of passes.
Get My Pass Now!

Where Business, Tech and Innovation Collide

©2014-2021 TECSHPO, LLC. TECHSPO®    and TECHSPO Sydney®    are trademarks owned by TECHSPO, LLC.
Any unauthorized use of these names, or variations of these names, is a violation of state, federal, and international trademark laws.